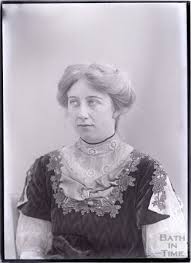 Between 1909 and 1914 Torquay’s Suffragette Organiser Elsie Howey (1884-1963) was “in the vanguard’ of militancy”. She was imprisoned at least six times, went on hunger strike and was force fed on a number of occasions.

Elsie’s commitment to the cause of women’s suffrage began in her early years when she lived in Germany and, “she had first occasion to realise women’s position”. She later joined the Women’s Social and Political Union (WSPU) and in February 1908 was arrested for taking part in a demonstration outside the House of Commons. She was sentenced to six weeks’ imprisonment and, at the end of her term, immediately went to help at a by-election in Shropshire. 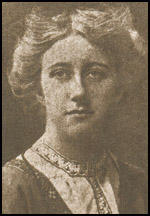 Elsie was arrested for the second time during a demonstration outside the home of Herbert Asquith and sentenced to three months’ imprisonment. On her release she was met at the gates of Holloway Prison and drawn by 50 women on a carriage to Queen’s Hall. On her arrival she was presented with bouquets in the Suffragette colours and with illuminated scrolls, designed by Sylvia Pankhurst, to commemorate her imprisonment. The photo (left) shows the Suffragettes welcomed with roses upon their release from prison: Maud Joachim, Elsie Howey, Vera Wentworth and Florence Haig. The banner quotes George Eliot: “Strong souls live like fire-hearted suns to spend their strength In farthest striving action; breathe more free In mighty anguish than in trivial ease.” 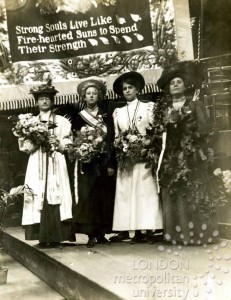 Elsie responded to a call for “young women with private means” to work as honorary WSPU organizers for a year. Supported both financially and morally by her mother, Elsie spent the year working in Devon where she helped to establish a Suffragette presence. In March 1909 Elsie was appointed as the WSPU organiser in Torquay and Paignton, and opened a WSPU shop in Torquay. 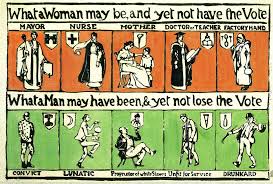 An article in ’Votes for Women’ in February 1909 used Elsie’s commitment to recruit more activists: “I say to you young women… come and give one year of your life to bringing the message of deliverance to thousands of your sisters… this noble girl who has undergone two periods of imprisonment for the sake of women less privileged and happily placed than herself. She is one of our most able and successful organisers, and takes all the duties and responsibilities of our chief officers.” 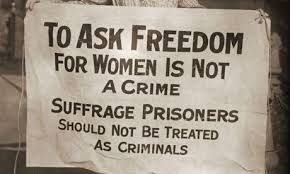 On 16th April 1909 Elsie achieved national recognition when she headed a WSPU demonstration – dressed as Joan of Arc, in a full set of armour, “astride a great white charger” – to welcome Emmeline Pethick-Lawrence on her release from Holloway Prison. On 30th July she was again arrested for demonstrating at a meeting held in Penzance by Lord Carrington and sentenced to seven days’ imprisonment. Elsie promptly went on hunger strike for 144 hours. On her release she was presented with a travelling clock by Torquay’s Suffragettes. 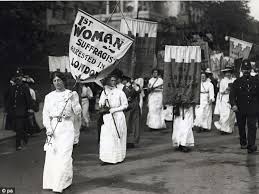 On 5th September she was involved with other Suffragettes in assaulting Herbert Asquith (pictured right) and Herbert Gladstone while they were out playing golf. Elsie and her friends also climbed into Lympne Castle in Kent where the prime minister was staying. They demanded “votes for women” through the dining-room window while the Asquiths dined. The activists then escaped via an adjacent canal.

The more moderate Suffragette Emily Blathwayt condemned the violence: “We hear of terrible things by the two Hooligans we know, Vera and Elsie… They made a regular raid on Mr. Asquith breaking a window and using personal violence. Then missiles have been thrown lately through windows during Cabinet Members meetings which might injure or kill innocent persons.” 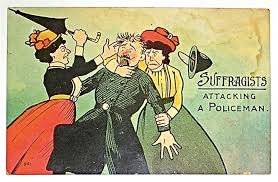 Elsie was once more arrested on 14th January 1910 and sentenced to six weeks’ hard labour. It happened again in March 1912 when she took part in the WSPU window-smashing campaign – this time it was four months’ imprisonment. At the end of 1912 she was back in Holloway for setting-off a fire-alarm. Her final imprisonment was in December 1912, though she was released early following a hunger strike which prompted questions in parliament. 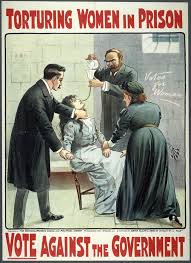 During her terms of imprisonment, Elsie remained completely dedicated to the cause. She endured several hunger strikes and faced forced feeding. Injuries inflicted during the force-feeding broke most of her teeth – “her beautiful voice was quite ruined”. 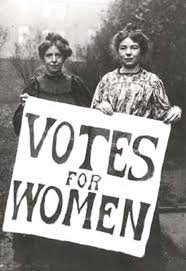 Elsie left public life when Suffragette militancy ended in 1914. She followed no career, and never fully recovered from the sacrifices she made in the name of the WSPU. She was “tired and ill” for much of her life. Her poor health, “almost certainly connected to her numerous forcible feedings”.

That’s Annie Kennie, another Torquay visitor,  and Christabel Pankhurst in the photo left and here’s a short history of the Suffragette movement: