Police have arrsted 3 people on suspicion of arson following a fire at a holiday park yesterday. 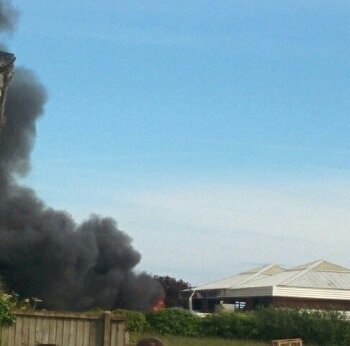 All five have been bailed until 12 August 2014 pending further enquiries.

The fire at former pontins site on Wall Park could be seen seen across Torbay and as far away as Exmouth.

People in the area said they saw flames of around 20-30 foot. Thick black smoke was visible for much of the evening.

It was confirmed yesterday evening that the fire had been started deliberately.

Any witnesses or persons who have information which will assist the police with their investigation into this incident are asked to ring 101 , the police non-emergency telephone number, and quote incident 555 05/06/2014.