Vehicles are still being removed from an earlier pile up on the A380 that involved 24 vehicles.

Heavy rain and hail is believed to have contributed to the crash which has caused tailbacks on one of Devon’s main road just after 9am this morning.

Three people were injured in the accident with 2 apparently taken to Hospital.

Martin Lucas who owns Newton Abbot business Sheds to Last was involved in the accident was very lucky, telling us there wasn’t even a scratch on his van. 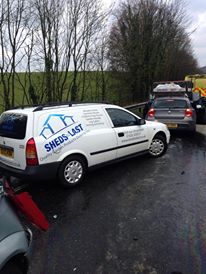 Martin explained how the majority of people had managed to move onto the hard shoulder but all lanes had been involved. 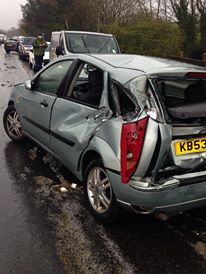 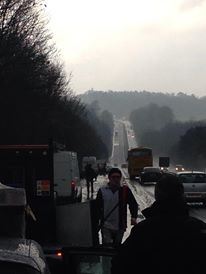 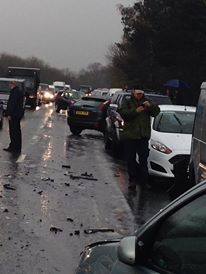 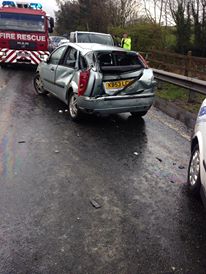 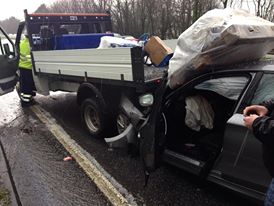 Police have launced a triple murder enquiry following three suspicious deaths in Exeter. The bodies of three men were found at 2 separate properties this week. Police say the incidents have been…

Police have appealed for information after a body was found in Exeter today, Monday 11th February. Emergency services were called to a property on Bonhay road at around 3pm. Ambulance crews initial…

Update: 1st February. Both routes are now open. Haldon Hill and Telegraph Hill closed due to snow this evening, Thursday 31st January. Traffic is at a complete standstill, with motorists being a…