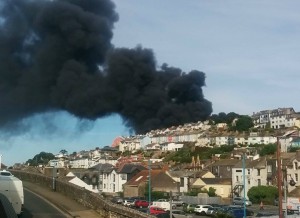 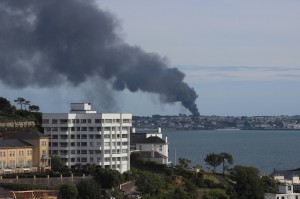 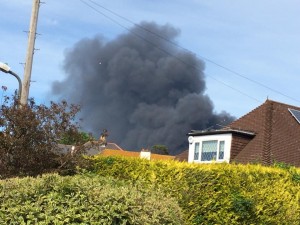 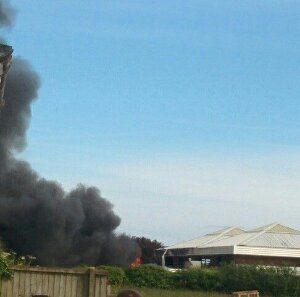 A number of engines have been sent to the Wall Park site (Former Pontins holiday park) which started at around 5pm this evening.

Around 40 fire crew are now tackling the massive blaze. 8 fire engines, a water bowser, and aerial ladder platform and incident command unit are currently at the scene.
The ambulance service are also on standby in the area.

The area has been cordoned off and locals are being told to stay indoors and close their windows.

Thick black smoke can be seen across Torbay and Teignbridge.

People nearby said they could see flames leaping 20-30 feet in the air.

Fire crews continued tackling the fire throughout the evening with steady progress being made.
Crews used compressed air foam.
The number of appliances at the incident were scaled down before crews left, to return in the morning to assess.

The cause of this fire is believed to be arson, and is under investigation by Police and Fire.