Eric Coote – Owner of Blu Cargo & BANX Bar in Torquay and The Factory in Paignton has finally and successfully bought and transformed Macaris Pizzeria Cafe Bar into Jacks Bar & Restaurant. Here’s what we found. 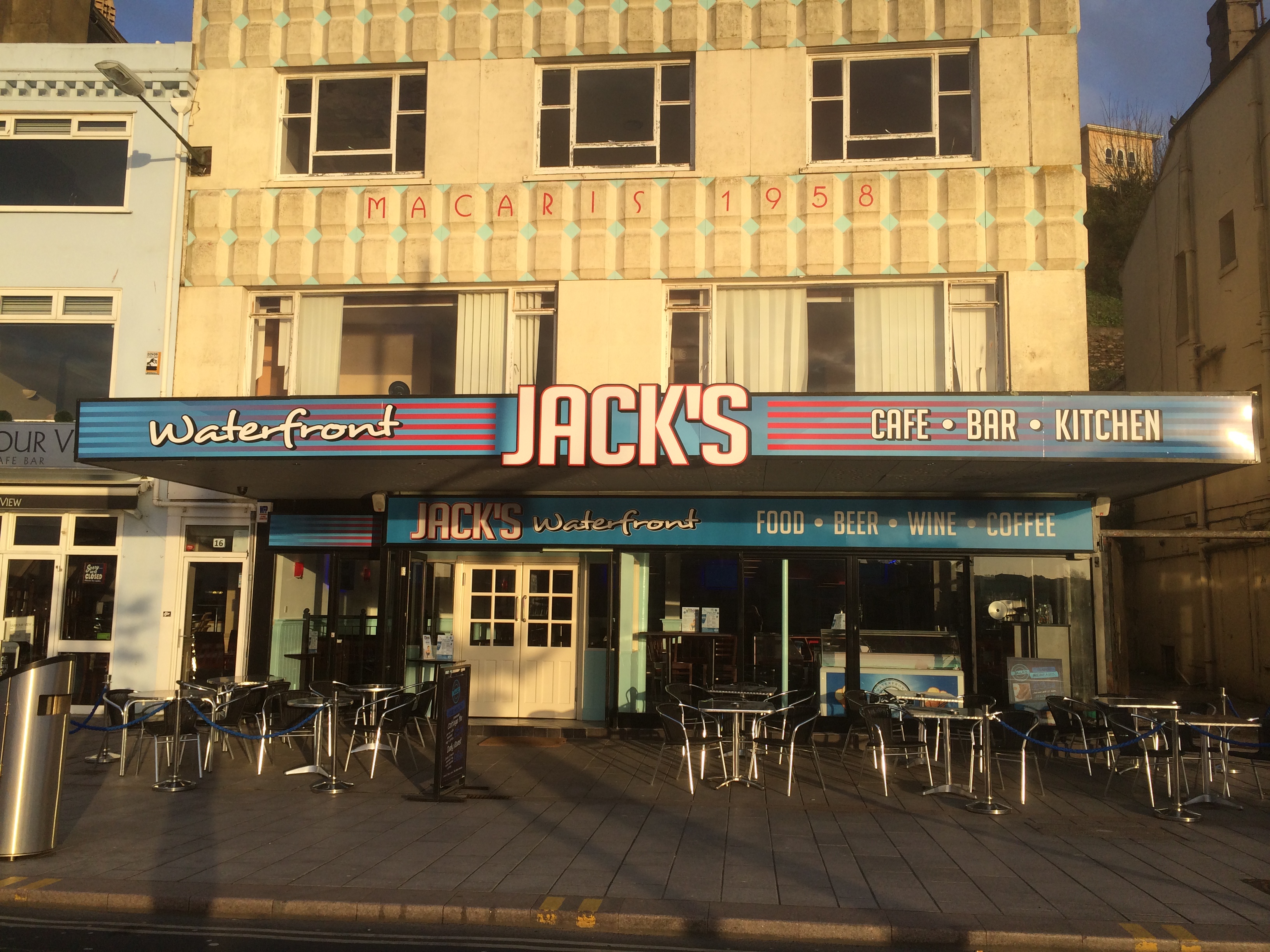 Macaris Pizzeria Cafe Bar [located on the Harbour Side] had been an established business for fifty years, and has been sold for the first time to Eric Coote and his sons.
Their plan was to open a new and up market cafe bar that can run along side their other businesses in Torbay and from what we have found, Mr Coote has been successful in these plans – opening JACKS bar.
Here you can have breakfasts, lunches and dinners, alongside alcoholic beverages and desserts. All accompanied by a great view of Torquay’s award winning harbour side.