British Transport Police have released CCTV images of a man they’d like to speak to after a teenager’s rucksack was stolen from Torre rail station on Thursday, 8 January at around 1pm.

PC Darran Blackwell is investigating. He said: “The victim, a 16-year-old from Newton Abbot, had been waiting for his train to arrive into platform 2. A short while later after boarding his train he realised the bag was missing.”

Officers have viewed CCTV footage from the station and on board the incoming train which was travelling from the direction of Paignton. They are now in a position to release pictures of a man they believe may have information about what took place. 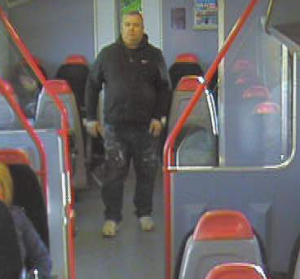 PC Blackwell continued: “If you know this man or his whereabouts, we would like to speak to you. We believe he will have information key to our enquiries into the incident.”