David Cameron arrived in Dawlish shortly after 9.30am this morning to celebrate the reopening of the railway line and declare the region open for business.

The first passenger train on the line was the 5.34am from Exeter to Paignton (See more https://wearesouthdevon.com/dawlish-line-reopens-morning/)

Hundreds of people gathered around the station, waiting for the V.I.P train to arrive. David cameron arrived just after 9.30am and was greeted by a brass band and an orange army of railway workers who have worked hard for the last 2 months to get the line reopened ahead of schedule.

We sassed one of the rail workers if their work here is done, he said: “We will be on standby for a few days, we have to monitor the slip”

We Are South Devon went along too..

David Cameron addressed the crowds, saying:
“Thank you to the people of Dawlish who have not just been patient, you have been incredibly generous with your time, generous with your community spirit and you really have shown the best of British. Thanks you” 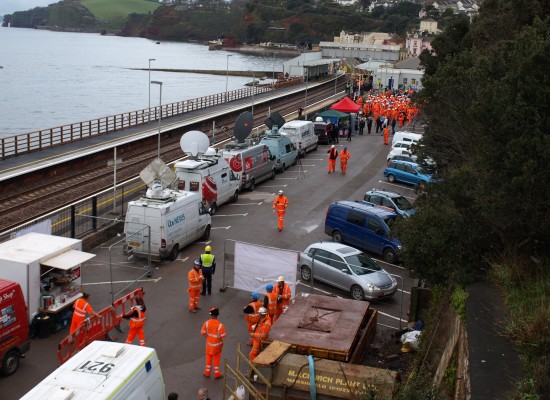 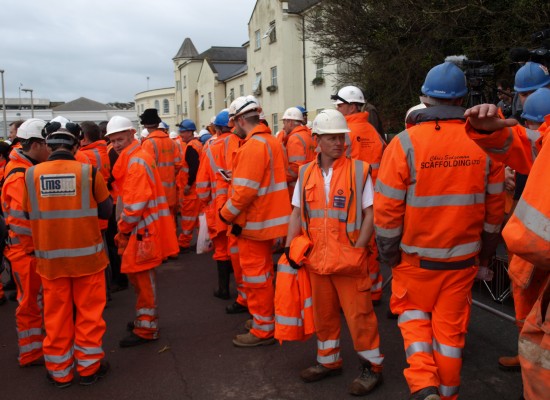 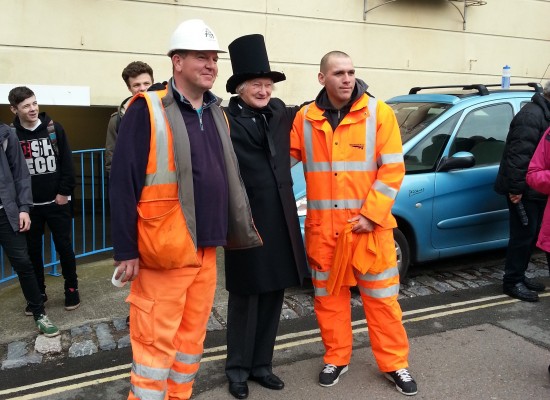 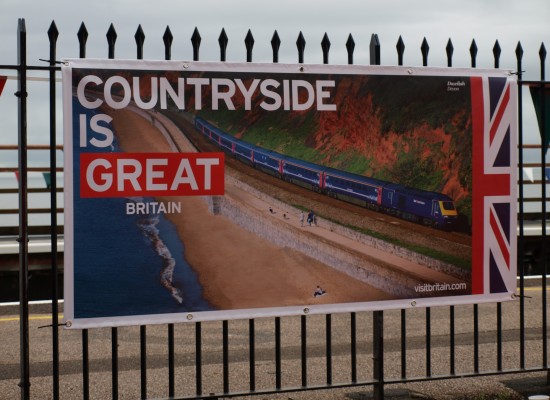 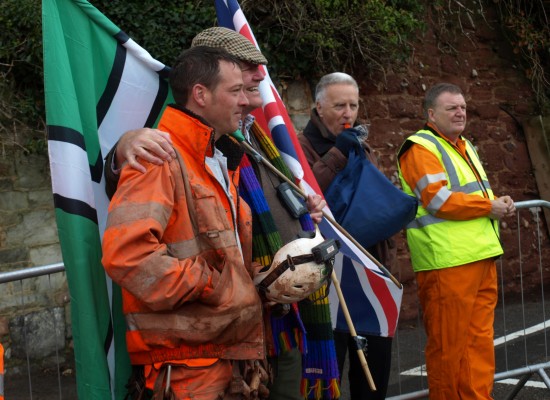 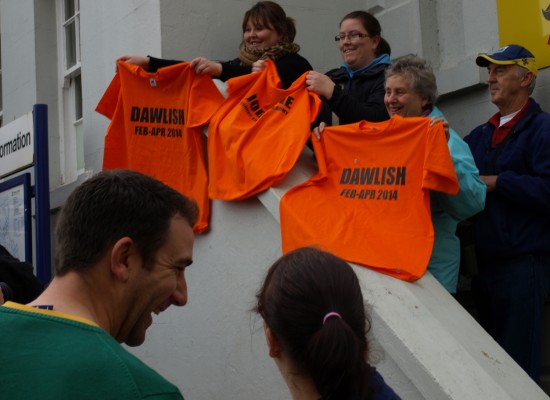 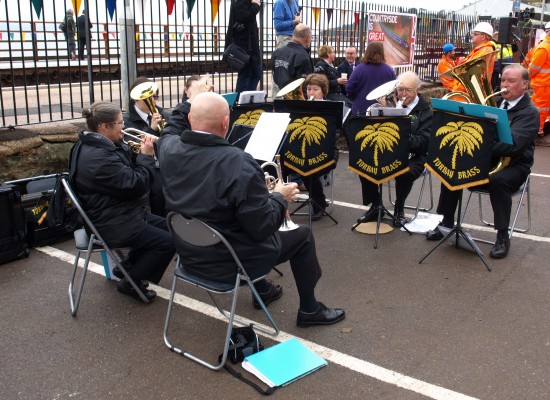 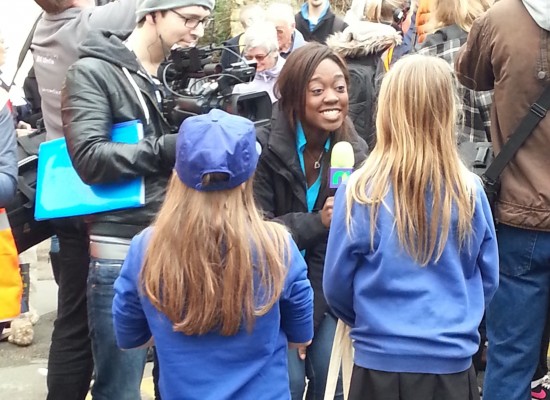 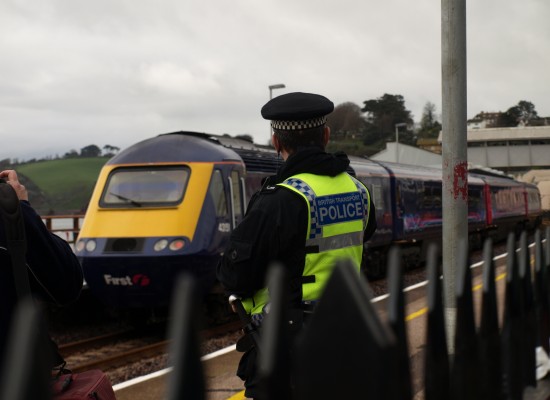 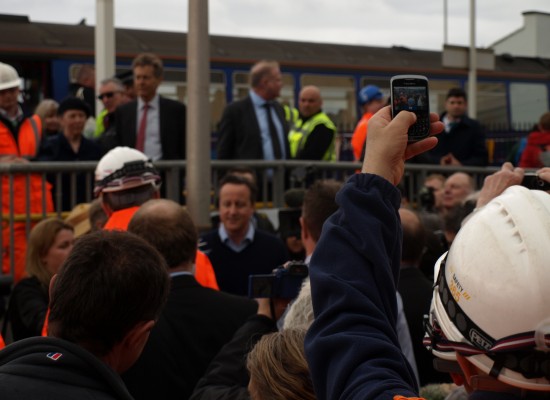 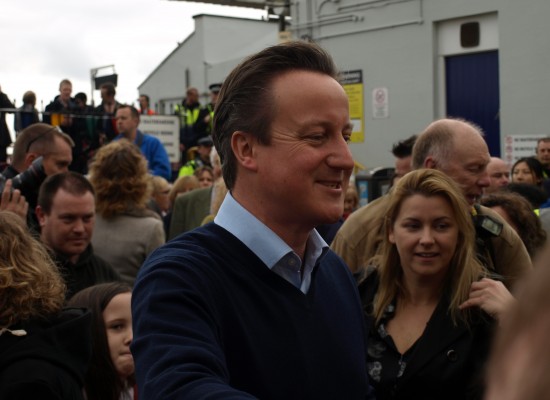 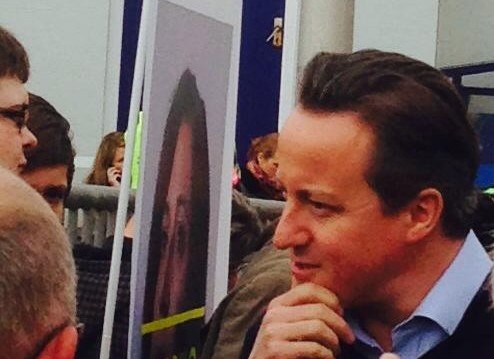 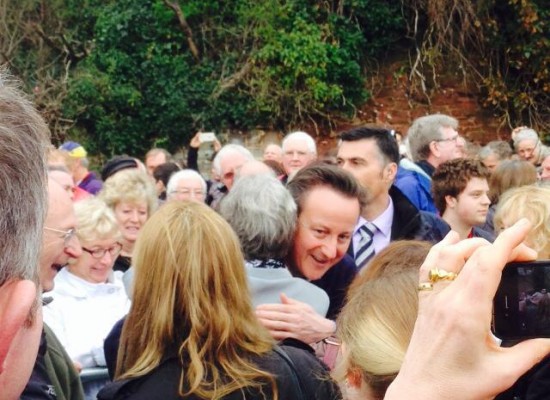 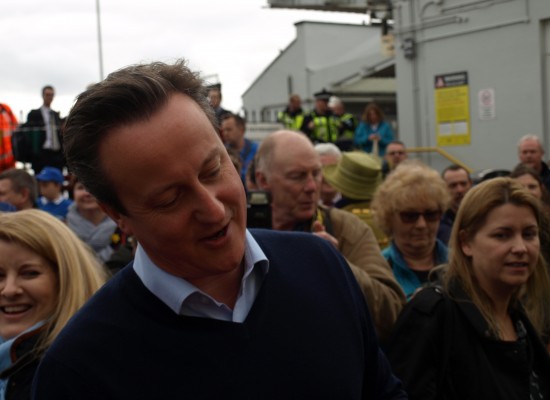 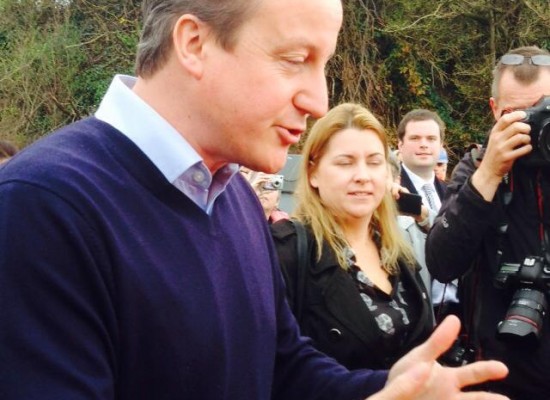