Chief Constable meets the Pope during international conference
Devon and Cornwall Police Chief Constable Shaun Sawyer has this week met Pope Francis in the Vatican to raise awareness of human trafficking and slavery. 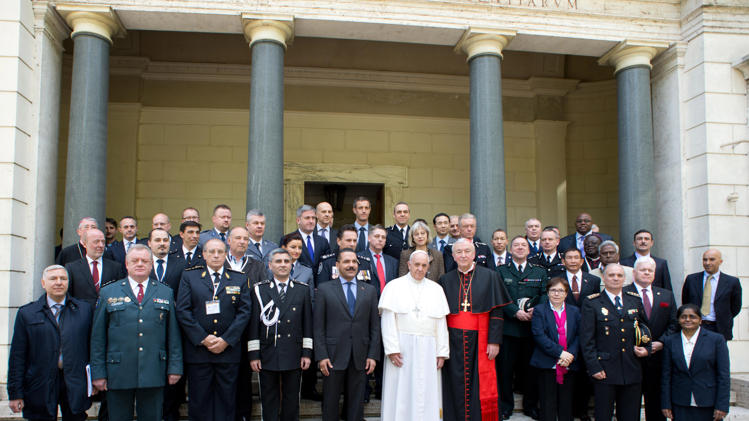 Picture: Chief Constable Shaun Sawyer is pictured on the back row outside the Vatican with Pope Francis and other police leaders from around the world

Chief Constable Sawyer joined fellow police leaders from around the world as well as Home Secretary Theresa May at the conference hosted by Pope Francis in the Vatican.

Mr Sawyer holds the National Association of Chief Police Officers Lead for Migration and Related Matters and took part in the two day conference on Wednesday and Thursday of this week.
The summit was organised by the bishops’ conference of England and Wales and was chaired by the archbishop of Westminster, Cardinal Vincent Nichols.

The conference heard that only one per cent of human trafficking victims currently come forward and the Catholic Church believes it can play an important role in providing sanctuary for them, as well as support in reintegration, regularisation and psychological recovery.