Police are appealing for the public’s help to identify a man wanted in connection with a series of frauds in the Devon and Cornwall area.

Throughout April and May of this year the man is believed to have been involved in a series of thefts of credit cards from guests at hotels across the region, before going on to take money fraudulently with the stolen cards direct from bank accounts.

Hotels where guests have been victims have included Tregenna Castle in Cornwall, The Ilsington Country House Hotel, Dartmoor and the Southgate Hotel, Exeter.

Banks used to withdraw cash have included Nat West branches in Exeter and Oxford where a combined total of almost £30,000 has been stolen. 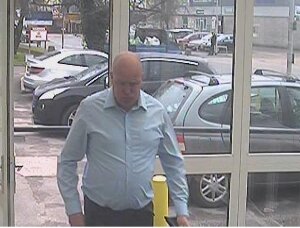 Anyone who can help is asked to contact 101 quoting crime