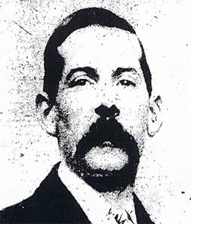 We’ve mentioned before that some strange things can happen to Torquay folk if they travel too far up the Newton Road. To give one example, we can look at the case of Edwin Baily Dashper (pictured above).

On December 21 1921, Edwin who was a 40- year-old single man who lived at 45 Shirburn Road, went missing. This caused something a national stir. The Times of January 4 ran the headline: ‘Missing Torquay Man. Last seen with Gipsies’. 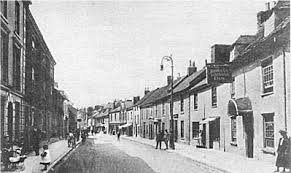 The story stated that Edwin, “ … was in Newton Abbot, six miles away, with a man named Strong, who late in the afternoon suggested to Dashper that he should return to Torquay. Dashper refused and avowed his intention of seeing some fun before going back. He was then drinking with Gipsies, paying for the drinks, and exhibiting a number of Treasury notes. From that time nothing has been heard of him.”

Right from the beginning, the inference was that Edwin, who had “come into considerable property on the death of his father”, had been the victim of his drinking companions.

The Daily Mirror of January 5 1922 ran the headline: ‘New Seaside Mystery’, “Mr Edwin Bailey Dashper of Torquay, a man of considerable means, has been missing for a fortnight. He has had a substantial sum with him when he left home, and friends suspect foul play. Police are scouring the countryside.”

South Devon is, of course, home to Agatha Christie so we shouldn’t be surprised that local journalists rose to the challenge. On January 6 1922 the Torquay Times took these rumours and elevated them to a colourful murder-robbery narrative which had, “…all the elements of mystery with possible tragedy connected with his disappearance, and would-be detectives can revel in clues if they so choose. Dashper, apparently flush of money, is seen in Newton on the date mentioned, declines to go back to Torquay when asked to do so, prefers to remain behind to ‘see some fun’ as he phrases it, and does so in the shape of standing treat to gipsies in a public house. Foolishly he displays Treasury notes whilst drinking, an action sufficient to arouse the cupidity of his companions. It is therefore not surprising to learn that nothing has been seen of him since he left the public house, neither in Torquay, where he is known, nor in Newton Abbot. Here are all the possibilities of tragedy, and Dame Rumour is already busy in hinting at foul play etc.” 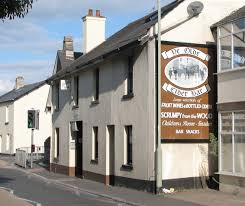 As the days went on, however, other facts came to the attention of less-excitable observers. Edwin had been in the habit of disappearing for days on end as he was “addicted to lengthy country tramps.” The weather during the week of his disappearance was wet and stormy, with gales “of frequent occurrence, some gusts of wind reaching, it is said, to over 50 miles per hour, uprooting trees and causing other damage”.

On Friday January 13, Edwin was finally found. The Torquay Times briefly reported, “The body of Edwin Bailey Dashper of Shirburn Road, Torquay, who had been missing since December 21st, and whose disappearance gave rise to many sinister rumours, was discovered yesterday afternoon in the river Teign at Newton Abbot by a clay cutter named Froude while loading clay carts near the quay.” 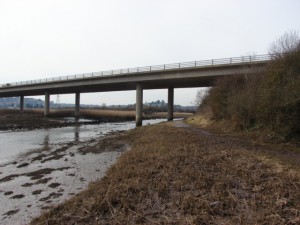 Hopefully to the embarrassment of the conspiracy theorists who had been convinced by the gipsy-murder theory, a search of Edwin’s body by the police revealed a wallet containing twenty one-pound Treasury notes along with silver coins. Cheques with Edwin Dashper’s signature appended established the identity of the deceased. The contents of Edwin’s pockets also included a bank pass book bearing his name, a purse, tobacco pouch, and a pipe, in addition to the money mentioned.

The presence of the money seems to do away with the theory of murder in so far as a robbery is concerned, and no signs of violence were found which would indicate foul play. Edwin’s body was removed to the mortuary pending inquest.

We’ll sadly never know what really happened to Edwin. Yet, for three weeks much of the country had been convinced that Newton Abbot was home to murdering and thieving travelling folk. We don’t know whether “the Gipsies” ever received an apology. They probably didn’t.