A major search was carried out last night (13 November) in Torquay after fears that someone had entered the water.

Emergency services began the major operation after reports of an elderly man on the sea wall at Meadfoot beach in Torquay.

Police and Coastguard were called around 9.30pm when the man, thought to be dressed in a nightgown, was seen at the wall for a few seconds and then disappeared. 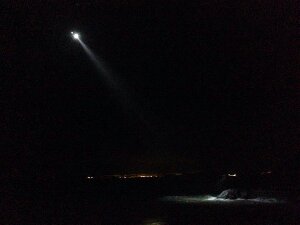 The police have said this morning:
“There was concern that the man may have fallen into the the rough sea which was near high tide at the time. However the person may have simply walked away from the sea.”

A search was launched involving the Coastguard, lifeboats and both the police helicopter and an air sea rescue helicopter from RMB Chivenor in North Devon. 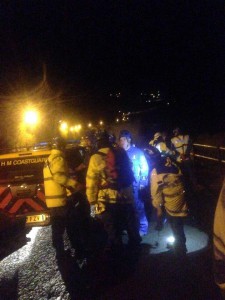 The search ended around Midnight after no sightings

No person has been located in the sea or nearby despite an extensive search.

Police enquiries and patrols continue today to establish whether anyone matching the description of the man is missing locally.

For the latest news and updates from around the area, join us on Facebook.
Want to join the team? Email us: admin@wearesouthdevon.com


Thanks to Oliver Narramore for contributing to this article.