Family pay tribute to young motorcylist who died after crash

The family of Ross Friend, who died following an accident on the A379 at Aveton Gifford, have paid tribute to him.
“Ross James Friend, aged 20, was a loving protective son, brother, grandson, nephew, cousin and amazing friend to everyone who knew him.
He lived life to the max and was a loveable character who touched many lives. His absence has left a massive hole. We will never get over his loss.” 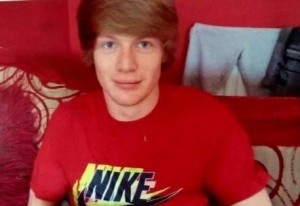 Ross, 20 from Plymouth came off of his motorcyle on 7th June whilst travelling from Modbury towards Aveton Gifford. A police spokesman said he was riding with two other friends.

He was airlifted to Derriford hospital in Plymouth but sadly passed away.
Anyone who witnessed the collision can contact the police on 101, quoting log number 647 of June 14.

Can you help police identify thief who snatched cash from elderly man?

All aboard! Celebrating 5 years of THHN – Get your tickets now…

All aboard! Celebrating 5 years of THHN - Get your tickets now...