The family of Margaret Luxton, who died in after a coach crash in Cornwall, have paid tribute to her. 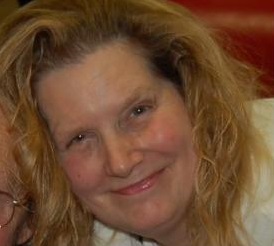 Speaking on behalf of the Luxton family, Margaret Luxton’s daughter in law Ruth Luxton said: “A wonderful local Exmouth lady was taken from us far too soon at the age of 59.
“Margaret Luxton was a lovely wife to Richard of 40 years and wonderful mother to her two children Marie and Terry, all from Exmouth. She was a fantastic nanny to her six grandchildren, Amy, Lucy, James and Alfie, Archie and Amelie who will all miss her massively.
“At Christmas when she always turned up like mother Christmas with sacks full of presents for everyone. Margaret always had a big smile on her face and always cared for everyone else before herself.
“She worked for many years at Knapps Cross nursing home who have all said they will be deeply saddened by her loss.
“Margaret was a very timid lady who was afraid to fly which is why she loved going on her day trips on a coach with her sister Brenda who was also her best friend. When they both set off that morning on May 13th sitting at the back of the coach, little did they know that Margaret would never return.
“The crash has saddened and shocked us all as a family. We drove to the site to place flowers and posters the grandchildren had made, it was an emotional day but we would love to think that our lovely, positive Margaret will always be shining on us all. She will be massively missed.”Margaret Luxton, aged 61, from Exmouth and Carol Muldoon, aged 68, from Newton Poppleford  died following the accident on 13th May, the coach they were travelling on left the road and collided with a hedge. The passengers were on a day trip to Looe from Exmouth, organised by Age concern. A number of people were injured.

An inquest into the women’s deaths has been opened and adjourned until 13 June.

The 57 year old driver from Exeter was arrested on suspicion of causing death by dangerous driving and was bailed until 11 August.