(Last Updated On: May 30, 2014)
[fblike style=”button_count” showfaces=”false” width=”450″ verb=”like” font=”arial”]
The family of Carol Muldoon, who died in a coach crash in Cornwall  have paid tribute to her. 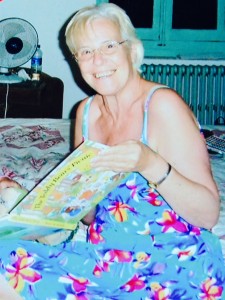 “Our hearts have been broken by the loss of our vivacious mother and grandmother, who made us and those around her laugh more than anyone else in the world. We take comfort, however, in the knowledge that her last years and moments were spent in the arms of John, undoubtedly the love of her life.”

Carol Muldoon, aged 68, from Newton Poppleford and Margaret Luxton, aged 61, from Exmouth died following the accident on 13th May, the coach they were travelling on left the road and collided with a hedge. The passengers were on a day trip to Looe from Exmouth, organised by Age concern. A number of people were injured.

An inquest into the women’s deaths has today been opened and adjourned until 13 June.

The 57 year old driver from Exeter was arrested on suspicion of causing death by dangerous driving and was bailed until 11 August.