Two fire appliances were mobilised to a report of smoke coming up through the floorboards of a domestic property on Church Street in Paignton at 11.55am. 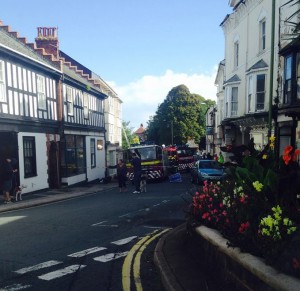 Fire service at the scene

On arrival crews confirmed smoke issueing from first floor flat and began trying to establish if any persons were inside.

Crews confirmed all persons accounted for and that this was a small fire in ground floor fuse box cupboard.