Fire crews were called to a car fire in Torquay this afternoon. 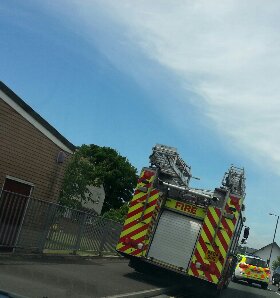 Crews were mobilised just before 1pm to the car fire in Beechfield Avenue, Barton, Torquay

On arrival the Officer in charge of the incident confirmed there was a fire in the engine compartment of the vehicle on the highway.