The fire service were called to reports of a fire next to the railway line by Goodrington beach this morning.

They were called after smoke was seen coming from a grassy bank next to the railway line. 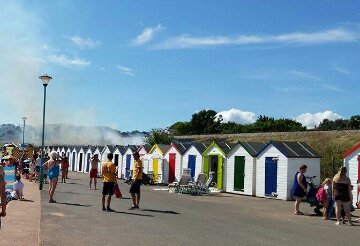 Smoke could be seen coming from the grass bank

An onlooker told us “The fire service arrived  quickly and fire put out effectively.” 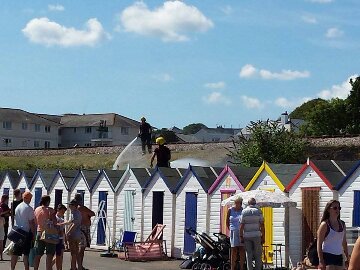 Fire crews put out the fire

Many thanks to Vee Rowe from Paignton for contributing to this article.