Floral tributes have been left in memory of a teenager who died in Torquay in the early hours of Wednesday morning.

Tributes have been left outside St Cuthbert Maybe school where the teenage girl was a sixth form pupil. 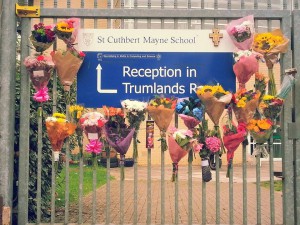 Floral tributes have been left at the school

The sixth former, has been named locally as Grace Ewan.

The teenager was found in Babbacombe in the early hours of Wednesday morning after being reported missing on Thursday night. CPR was attempted but sadly she was pronounced dead at Torbay hospital. 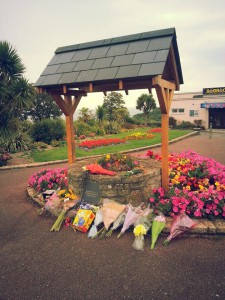 Police have said that her death was not suspicious.