Friday the 13th and a full moon. Are you superstitious?..

It is unclear why Friday the 13th is considered unlucky, the origin is unknown.

Some believe that it relates to the fact that the number twelve: the twelve gods of Olympus, the twelve labours of Hercules, the twelve tribes of Israel, the twelve postles of Jesus, twelve months in a year, twelve hours of the clock day, twelve signs of the zodiac etc.
Thirteen is therefore considered irregular.

13 has long been considered an unlucky number. So has Friday-Christians commemorate the crucifixion of Jesus on the Friday before Easter. In the bible, Eve is believed to have tempted adam with the forbidden fruit on a Friday and Abel is said to have been slain by his brother Cain on Friday the 13th.
Historically, it was also the day prisoners were hanged before the abolition of the death penalty. So a combination of Friday and 13, has made the superstitious very anxious. 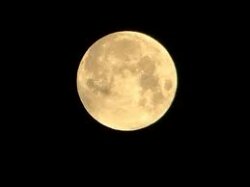 Does the full moon affect people in the same way that it affects the tides?
Is Friday the 13th unlucky?

Have your say and get involved on our facebook page..

Kristian gets on his bike for charity