Jellyfish have been washed up on Teignbridge and Torbay beaches.

There have been sightings of Barrel Jellyfish in and around Torbay Harbour over the past few days. 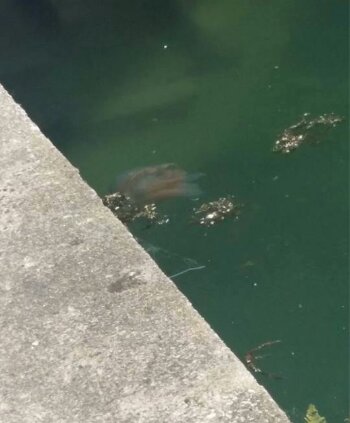 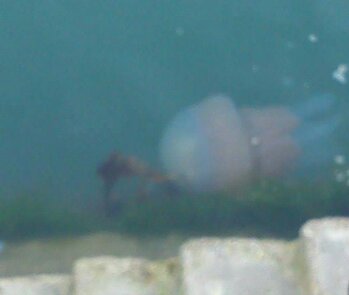 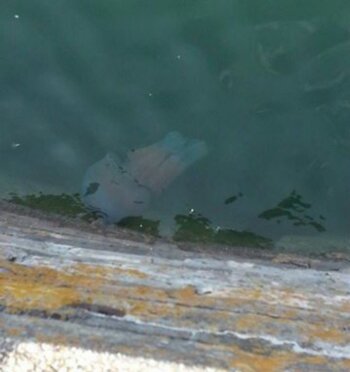 One was found washed up on the beach at Torre Abbey in Torquay today (7 May) and there have also been reports of them being washed up in Dawlish Warren and Coryton Cove. 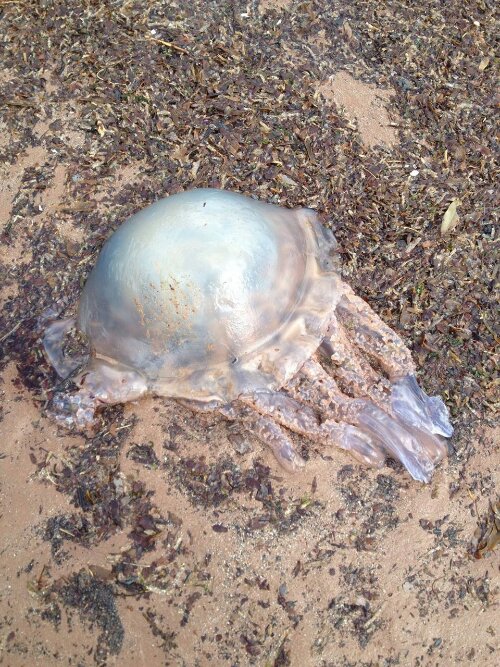 We spoke to Lee Stamp who discovered the jellyfish this afternoon at around 4pm
“I was working on the road and I just happened to look over the wall on the main beach, I spotted something on the sand so went over for closer look and saw that it was a jellyfish. I would say it was a foot wide with Tentacles about 2 ft long”

Rhizostoma pulmo, commonly known as Barrel Jellyfish is harmless.
Its sting is not strong enough to harm humans but people are advised not to touch them.

Experts say that the warmer weather may attract more jellyfish and warn that other species are not as harmless as the Barrel Jellyfish.

Two Teignbridge beaches have been been awarded with a Blue Flag. Teignmouth Beach and Dawlish Warren have won the prestigious  award. The Blue Flag is an international award presented to well ma…