Fire Control received multiple calls to a report of a flat on fire just after 3.30pm 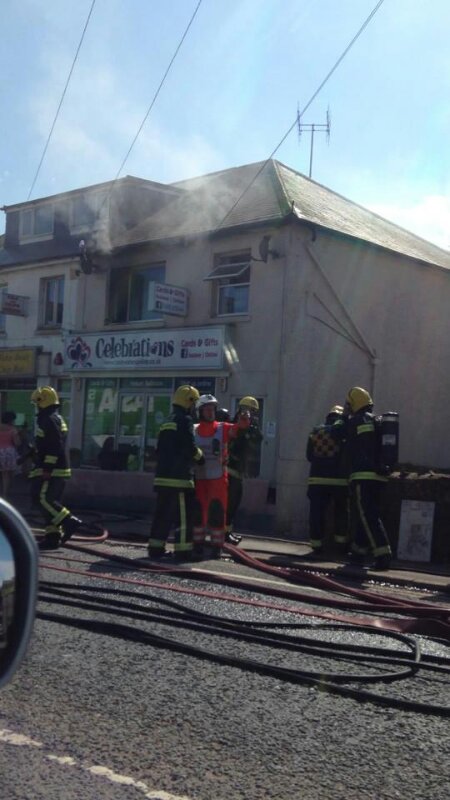 Appliances from Torquay and Newton Abbot were mobilised to the incident.

On arrival the crews reported that smoke was issuing and there were possible persons inside the property.

A further appliance was requested which was mobilised from Paignton.  The incident command unit from Totnes with a support pump from Buckfastleigh were also mobilised.

The fire involved a tumble dryer in a bathroom of a 1st floor flat which then spread to the roof space.

The crews located and damped down fire and hotspots using 2 breathing apparatus and 1 hosereel jet.

The Road was closed temporarily whilst the incident was dealt with.

The fire service have confirmed that no one was inside of the Rainbow Funhouse which caught fire today, Thursday 14th February. Emergency services were called reports of a fire at around 2pm. …

Update: no one inside. More here - Firefighters are tackling a major blaze at the old Rainbow Funhouse in Torquay this afternoon, Thursday 14th February. Fire crews, Police and ambulance crews…

Update here: Fire crews are at the scene of a major blaze at the former Rainbow Funhouse in Torquay this afternoon, Thursday 14th February. The old church on Torwood Gardens Road is current…