A man has been arrested following an incident in Torquay last night.

The incident happened at around 7.15pm in Warren Road, police were called to the scene which involved an altercation between neighbours. Threats by one neighbour to use a handgun have been reported. An air pistol was later found. 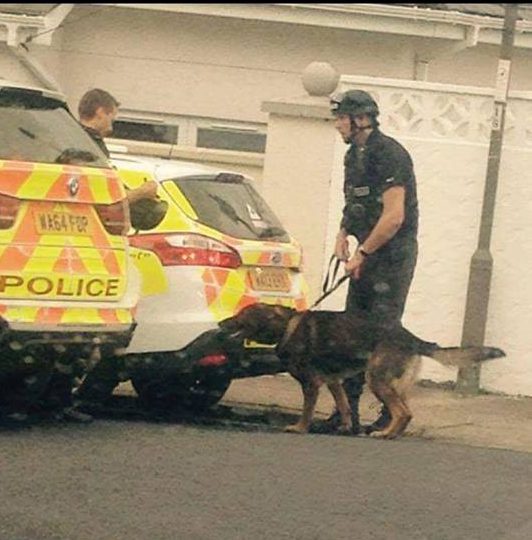 Dog teams arrive to the incident

Armed police, dog teams and the police helicopter were sent to the incident, with the road being closed for a short time.

One man was arrested on suspicion of possessing a firearm with intent to cause fear of violence. He is now in custody.