This was the scene in Rocklands Terrace, Lower Manor Road, Brixham this morning just before 3am. 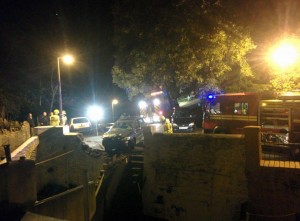 Residents had a noisy wake up call as the car crashed through stone wall and hung in a precarious position over a 10 foot drop.
The police were alerted but the driver had left before their arrival. The fire brigade attended and made the vehicle scene.

The area has now been taped off. 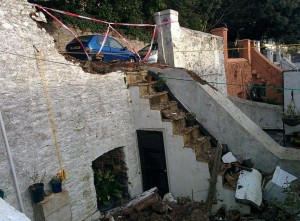 Damage to the wall

The driver has apparently handed himself into police.