Emergency services were called to the Meadfoot area of Torquay today after reports of a man falling from a cliff. 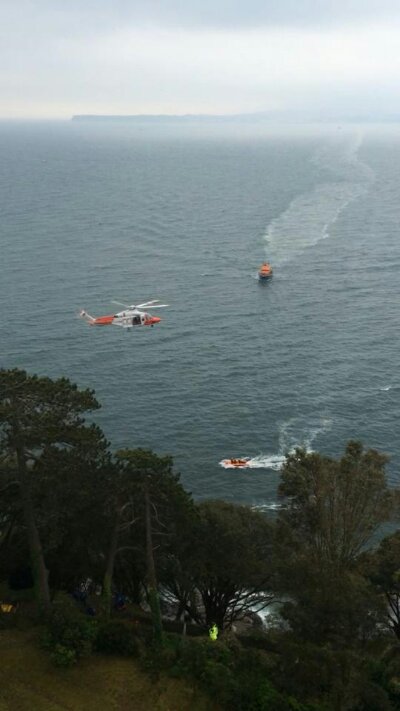 The man, believed to be in his 30s is said to have fallen approximately 80ft down the steep cliffs below Kilmorie flats. 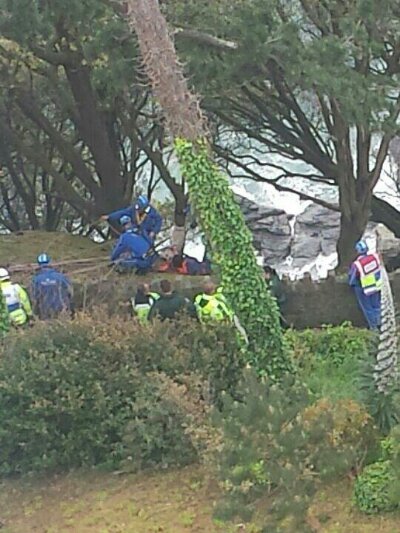 Residents of the flats alerted the emergency services after hearing cries for help.

Ashley Sims told us
‘I heard screams coming from outside my bedroom window. It was at 5 am this morning, at 5.20am I saw a fishing boat come close in and check out what was happening. I thought that they had checked out the situation and everything was ok as the boat left the scene. Shortly after 9.30am the Coast Guard arrived, Helicopter, Dinghy and large boat. My neighbour found him and was responsible for calling the Coast Guard, he said that he saw a sleeping bag where the guy had fallen from.’

The man is thought to have serious head and leg injuries. We will update when more information becomes available.

Do you have photos of the rescue?
You can send them to us here

There have been reports of Portuguese  man o war in the sea/washed up on the beach in Devon today, Sunday 15th October. There was a report on Spotted Torquay this morning of one washed up on Mea…

A major search was carried out last night (13 November) in Torquay after fears that someone had entered the water. Emergency services began the major operation after reports of an elderly man on th…