Emergency services were called to a Property fire in Dunmere Road, Torquay,  just after 6 AM this morning.

Unconfirmed reports suggest a group of men tried to alert anyone inside but were unable to access the property. They did however alert the neighbour, who was able to get to safety.
Other nearby houses were later evacuated.

A number of fire engines and 3 ambulances arrived arrived at the semi-deatched property and one man was rescued. Still possible persons unaccounted for.

Units are still at the scene this morning (8.30 AM) The road remains closed.

Update: The police have made contact with the persons unaccounted for.

We have been informed that unfortunately the man who was rescued has passed away.

Our thoughts are with the mans family. 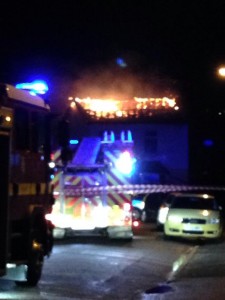 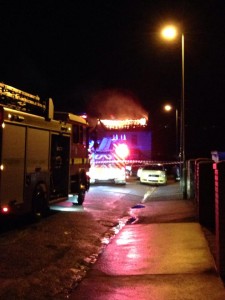