Emergency services were called to a 2 vehicle RTC in Marldon Road, Shiphay this morning just before 11am

A car is believed to have gone into a parked van.

The car driver was taken to hospital via ambulance but not believed to have serious injuries. 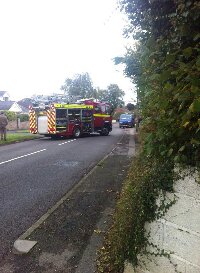 The Road was partially blocked but traffic was able to pass.

Police have appealed for witnesses following a serious collision in Torquay. Emergency services were called to reports of a collision involving a blue Lexmoto 125cc motorbike and a grey Mercedes C220…