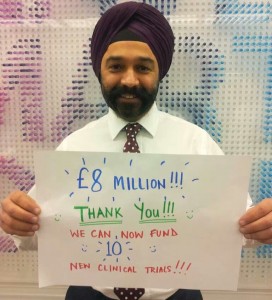 Women across the country have joined in the social media trend and uploaded ‘selfies’ wearing no make up and then donated to Cancer Research.

The #nomakeupselfie trend started on facebook and twitter last week. It is unknown how the trend started. Suggestions are that it may have been related to the Oscars selfie featuring a gaggle of gorgeous A-list actors which was retweeted millions of times following the film awards earlier in the month or that it may have been a reaction to the negative comments directed at actress Kim Novak following the same event.

Torbay’s Public Health Team is supporting the NHS campaign, Be Clear on Cancer, by encouraging people to check your pee for blood and to speak to your doctor even if you only notice it once. The camp…

A special topping-out ceremony took place at Torbay Hospital on Thursday, 6th August to mark a significant construction milestone in the project to provide improved and sustainable cancer services. …

We are getting back to that busy time of the year again when South Devon sees an influx of visitors to a lovely part of the world, where, with any luck, we shall see nice warm temperatures and sunny d…