A vehicle has veered off the road, hitting a parked car and landing on it’s roof on Westhill Road at 11:15pm 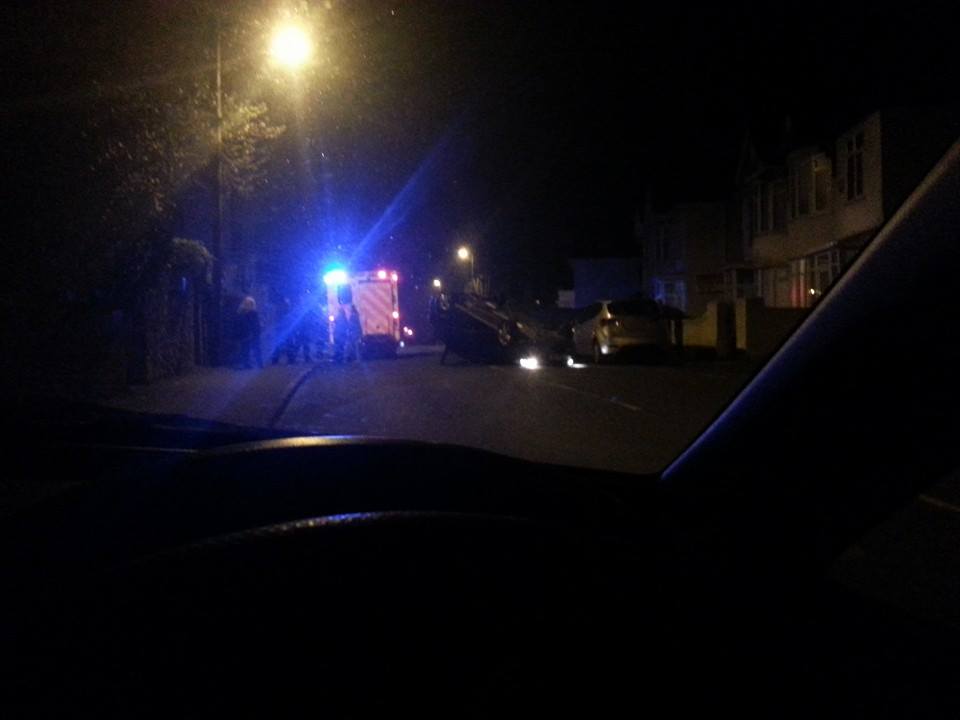 A lady in believed to be in her thirties who is a matron at Torbay Hospital was driving the overturned car.

Paramedics were called by passers by and the ambulance arrived to confirm no casualties.

An eyewitness said “the car was on it’s roof when we passed, it was a scene of  utter destruction”