A Rothschild’s giraffe born at Paignton Zoo in January is to be called Joanna. 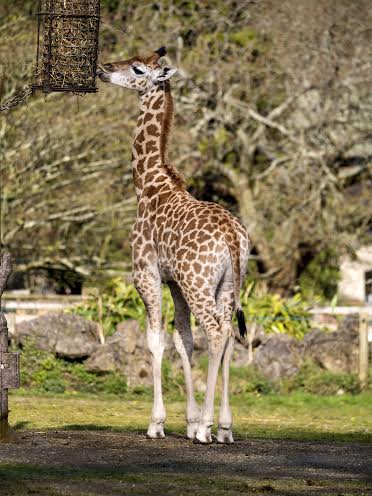 The female calf, now three months old, was named by visitors who voted for their favourite names by placing donations in a special collecting box. Voting raised nearly £200 for the charity’s conservation work.

They are all Rothschild’s (Baringo) giraffes. Rothschild’s giraffes are classified as Endangered – there is a European Endangered species Programme for the species. Paignton Zoo Environmental Park is a registered charity. For more information go to www.paigntonzoo.org.uk or ring 0844 474 2222.