Emergency service have been called to the scene of a road traffic collision in Torquay this evening. 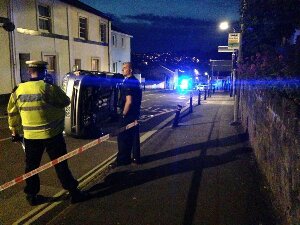 A taxi has flipped onto its side, no other vehicles appear to have been involved.

Fire crews stabilised the vehicle and released the casualty who was still inside. 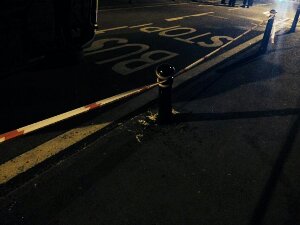 It is thought that the taxi may have struck a bollard.

The female driver was take to hospital to hospital but is not thought to have any serious injuries. 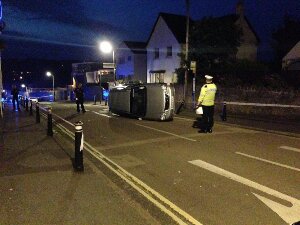 Traffic is being diverted.