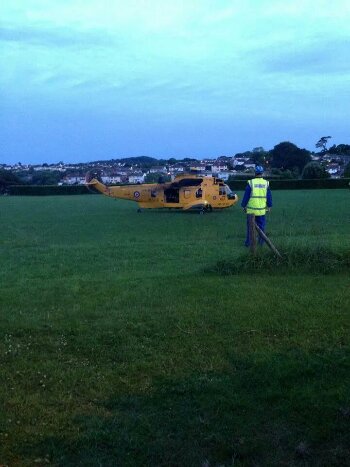 The helicopter landed at approximately 9.40pm to assist with the transfer of a young child from Torbay hospital to Bristols Franchay hospital.

The helicopter was apparently too big to land at the hospital, the child was transferred by ambulance.

Coastguard crews were also at the scene, surrounding the field, assisting the RAF and ambulance service.