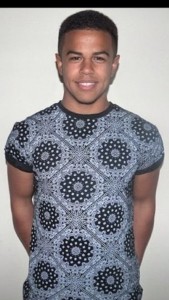 A second man is now due to appear in court this week in connection with the death of 17 year-old Alex Peguero Sosa, which happened in Kingsbridge earlier this month.

Henry Felton, 22, of Fore Street, Kingsbridge, has been charged with assisting an offender and with perverting the course of justice.

He has been bailed to appear before Torquay Magistrates’ Court on Wednesday 30 July.

A murder enquiry was launched by the police after the death of Alex, who was also from the Kingsbridge area. He was found with fatal injuries at a bus shelter in Prince of Wales Road around 2.20am on the 6th July.

Lee Dent, 42, of East Portlemouth, Salcombe, has been charged with murder. He currently remains in custody following an appearance at Exeter Crown Court.

Keep up to date about what’s happening around South Devon, join us on Facebook.

Police have appealed for witnesses after a mans body was found in an alley in Plymouth last month. Police are particularly keen to speak to anyone who may have seen Jonathan Davys, 29, in the St…

Police in Kingbridge have warned of another telephone scam that has been reported to them. The incident happened on Monday 1st February. A phone call came from a man introducing himself as 'Jame…