Police are appealing to the public to look out for a distinctive Ford Cortina stolen from Topsham over Christmas.

The fern green Mk3 Ford Cortina was left parked near to St Matthew’s Hall in Fore Street around 7.30pm on 23 December.

The owner returned around 2pm on Christmas Eve to find the car missing.

Now police are urging the public to keep an eye out for the car and report any sightings to them. 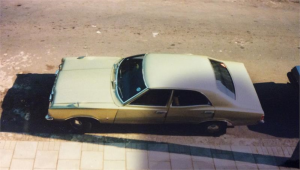 The car, valued at £1,000, is described as having patchy paintwork and the interior is in poor condition. It carries the registration number YTA 700K.

Anyone who sees the vehicle is asked to contact police on 101 or Crimestoppers anonymously, quoting crime reference number CR/132774/14.