This week sees Devon and Cornwall Police’s domestic abuse ‘Shatters Lives’ campaign going out onto the streets targetting Christmas shoppers across the region.

A flash mob will take place in Torquay town centre from Midday on 21st December.

The campaign was launched with domestic abuse partners at the end of November and runs throughout the Christmas period, when incidences of abuse are traditionally higher. 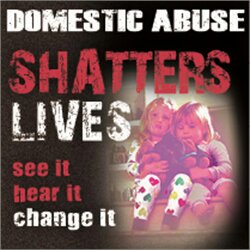 Nineteen dancers, from the Big Dance Company in Cornwall, have devised a special dance theatre routine which highlights the effects of domestic violence on children.

The powerful mix of hip-hop and lyrical dance focuses on the issues of domestic abuse in the family and how it ‘Shatters Lives’.

The event starts with one dancer then builds up to 16 dancers who are joined by school children.  The children will be wearing t-shirts with the campaign message on and handing out information with help and support contact numbers for the Devon and Cornwall area.

Fiona Richardson, Artistic Director, of the Big Dance Company, said: “We are really proud and honoured to be involved in this ‘Shatters Lives’ campaign.  If we manage to help out just one person affected by domestic abuse then it’s worth going out on the road for.”

Devon and Cornwall Police is keen for members of the public to join them when these events take place.  People are encouraged to take videos and photos of the dances,  which they can then post on social media to spread the message even further.

Other Flash mob ‘Shatters Lives’ domestic abuse will be held across Devon and Cornwall.

Thieves – Urine trouble. A lesson why you shouldn’t steal..

Thieves - Urine trouble. A lesson why you shouldn't steal..