The Shelter on Walls Hill, Torquay has had a makeover.

A post by Itchier Itch on Facebook (Monday 14/04) Showed the new colourful look of the Shelter.
This photo was posted titled ‘Over thinking. Torquay.’ 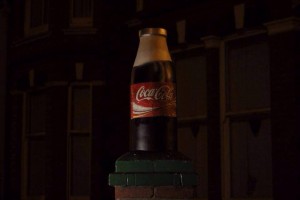 Itchier Itch is well known in Torbay for his ‘Free art Friday’ giveaways, where he leaves pieces of his artwork dotted around in random places, free to whoever finds them.

What do you think of the colourful new look of the shelter – Love it, hate it?
Comment below or join us over on facebook