Suzi the dog is back with her owner tonight thanks to kind hearted people on the community Facebook page Spotted Torquay.

Suzi went missing on New Years Eve in Chelston, Torquay. Her owner, Guy Thorn asked Spotted Torquay to post asking for information on her whereabouts. The page has been very successful in reuniting dogs with their owners in a short time. 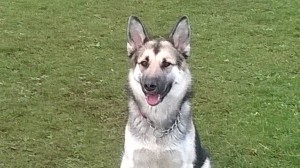 Someone commented on the post that they had found Suzi near the beach and the dog was then taken to local Kennels. Unfortunately there was not to be a happy reunion just yet.

The release fee was £170 plus VAT says Guy, something he was unable to pay. Suzi was stuck at the kennels.

“Update on Suzi. She was found and taken to kennel, Suzi has a micro chip however now I’m told she needed to have collar tag as well. Could all dog owners be sure their pets have collar tags.
I have just lost my dog now as do not have£170+vat release fee. Kind of harsh as vet assured me the micro-chip meant she would be returnd before going to kennel. Thanks for helping find her the other day,”

But it didn’t end there, people were quick to offer to donate to help Suzi return home.

Keith Byron, a local business man offered £50 and invited people to drop money in to his shop on Union Street, Torquay or send it to him by Paypal. Within minutes, £80 was raised and the donations kept coming.

Keith posted:
“I will donate £50 come on people of Torquay , between us let’s get Suzy back . I have a shop in Torquay where everyone could meet and donate , let’s see if we can raise the fee by 4pm today. £80 raised so far , I have a shop on union St , torquay and will be there inbetween 4 and 4.30 pm today , shop is called trusts for life , 180 union St , next door to euro angling shop , opposite St Mary Magdalene church , many thanks , any donation welcome”

We have just received this photo and this message:

Suzi would like to thank everyone for there help and generosity in reuniting her with her owner. In particular, a huge thanks to Robert Rendle, Sarah monk , Emma Stapleton , Jane Anne grasses, David Jenkin , Maddie Muse, Lindsey Daly, South Devon Relocations, Helen Martin, Shelley Brooks and Patricia Fielding and the lovely ladies at foredowne kennels.My next problem is, how the hell do I get into this stupid car, thanks again everyone, Suzi the dog xx 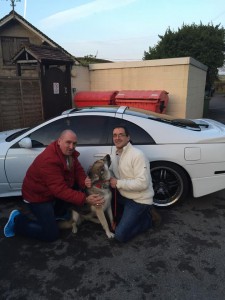 We are very pleased to hear Suzi is back with her owner.

Police have appealed to the public to help them identify a man who may be able to help them with their enquiries regarding criminal damage in the Newton Abbot last month. Sometime over night from Sat…

Representatives from Torbay Council and the local NHS will be holding a joint meeting as part of Torbay’s ongoing review into tackling racism. On Thursday 21 January at 5pm, the How do we make Black,…

Small to medium-sized (SME) manufacturers in South Devon are being encouraged to have their say on trading beyond Brexit as part of the latest Manufacturing Barometer. Organised by SWMAS (The South W…