Torquay Road (A380) at the Willows junction, Torquay is currently closed.

Reports suggest that there has been an accident involving a lorry and a cyclist at around 4.30pm this afternoon (29 July)

The cyclist is thought to be a man in his 40s.

The man was treated by the ambulance at the scene before being taken to hospital.

His injuries are not yet known.

Emergency services are still at the scene.

Traffic is slow on approach and backing up to th Kerswell Gardens Roundabout.

Update: Both lanes have now reopened.
Police were on scene until 10.30pm approx with one lane closed. 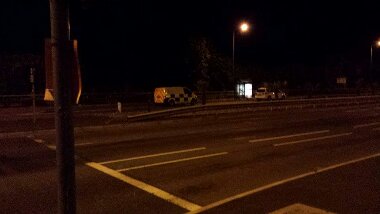