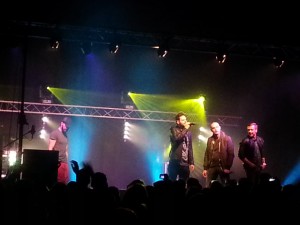 It may have been over 15 years since the band formed but they still have the energy of teenagers, showing the crowds their moves.

The arena filled with voices as the crowd joined in with their popular hits.

We spoke to 5ive fan Raisa Miles about the evening-
“I was a bit dubious with J no longer being in 5ive (I missed watching the big reunion) but they held it together great and it was just a fantastic night in general. Abs is a lovely guy and he took a few photos outside and signed my friends ticket for her little boy. Hope they keep it together and come down again and would be great to get some more acts to come down to Torquay.” 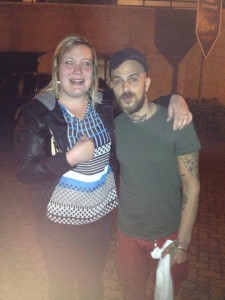 Raisa meets ‘Abs’ after the show

Triple Threat describe themselves as a ‘Acoustic beatbox acapella band’  Their sound is unique, fresh and leaves you wanting to hear more.

They delivered an outstanding performance, entertaining and interacting with the crowd. 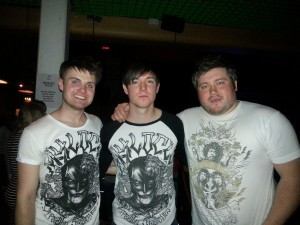 Take note of the name, go and catch them soon, these guys are going to be big!

To find out more about Triple Threat head over to their facebook page https://www.facebook.com/TripleThreatUK

Did you see 5ive and Triple Threat last night? Send us your photos and comments by email or visit out facebook page (Below)

Overall, a well organised and enjoyable event. We hope to see more similar events in the future.

Torbay residents, organisations and businesses are reminded that the seventh Mayor's Forum is taking place on Thursday 29 October in Torquay. Hosted by Torbay Mayor Gordon Oliver, the evening event…