A woman has died following a collision in Paignton last weekend.

Evelyn Fisher, aged 61 from Paignton sadly passed away following the incident in Hyde Road on Saturday 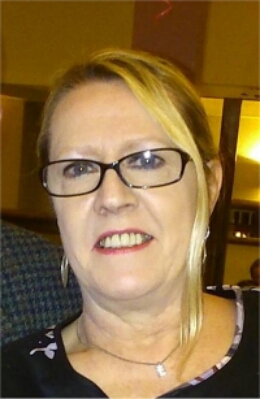 Her family paid the following tribute: “Evelyn was very much loved by her family and large group of friends. She was a devoted Granny to her two grandsons who adored her. She had a heart of gold and her sense of humour would make a comedian jealous.”

Her partner Mike Cole paid the following tribute: “We laughed together, we cried together, we argued, and then we smiled.  We walked and we talked, we held hands and you held my arm. Now my arms and heart are empty. I’m missing you Evelyn, sleep tight sweetie.”

Police are still appealing for witnesses, a spokesperson said: “At 3.19pm on Saturday 2nd April, Police were notified of a collision on Hyde Road, Paignton. It is believed that a grey Vauxhall Corsa driven by an 88-year-old local man mounted the pavement before colliding with the front of The Big Baguette, causing extensive damage to the front of the shop.

“We believe there were a number of witnesses to this incident and it is vital that we speak to them. We are still trying to locate a cyclist who was believed to have been overtaken by the Corsa immediately prior to the collision occurring.

“Also, we believe that a young woman came to the aid of Ms Fisher following the collision, but left the scene before leaving her name and details. She is described as late teens/early 20s with long black hair. We would like to speak to her as she could hold information vital to the investigation.”

If you have any information that could help with the investigation, please contact police on101@devonandcornwall.pnn.police.ukquoting log number 467 for the 2nd of April.