A car collided with a planter at approximately 1:35pm 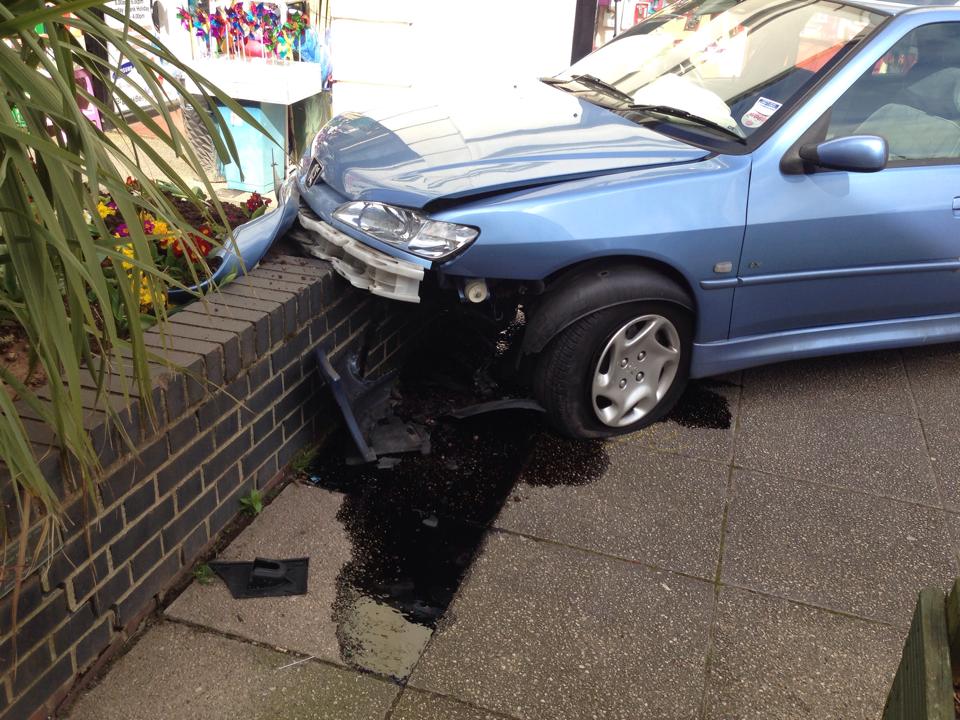 It’s believed an elderly gentleman aged 89, crashed his Peugeot into the planter accidentally after pushing the wrong pedal.

The gentleman who veered off the road was in a severe state of shock and is being treated by ambulance staff at the scene.

Emergency services are attending the scene, both the police and ambulance are standing by.

Council operatives are assessing the damage already, taking pictures, fixing the wall and securing the area!

The gentleman was later taken to hospital, however there are suspected to be no major injuries.