Nine year old Jess Mitchell has designed a flavour of Italian ice cream (gelato) to be made and sold at Antonio’s in the Strand, Exmouth to raise money to save lives at sea. Jess was announced the winner on 31 March at the café.

This is the fourth year running that Antonio’s have asked local school children to design a special flavour to help raise money for the lifesaving charity, by way of a donation per scoop. This year the competition was open to Brixington Academy Primary School pupils. The competition attracted over 100 entries, which cover the wall of the café in The Strand, Exmouth.

‘Jess’ Chocolate Caramel Marshmallow’ was short-listed along with four other entries and was chosen as the winner by owners, Tony and Caroline Badcott. Other short-listed flavours included: Tiger Tango, Toblerone Land, Honey & Ginger and Mia’s Milkyway Munch. Tony explains;
‘We chose Jess’ flavour as it uses a combination of ingredients that will appeal to the majority of our customers, of all ages. We wanted to find a flavour that would ultimately raise the most funds for Exmouth RNLI. Last year’s flavour raised £600 throughout the season and we hope this will be popular with our customers, too.’ 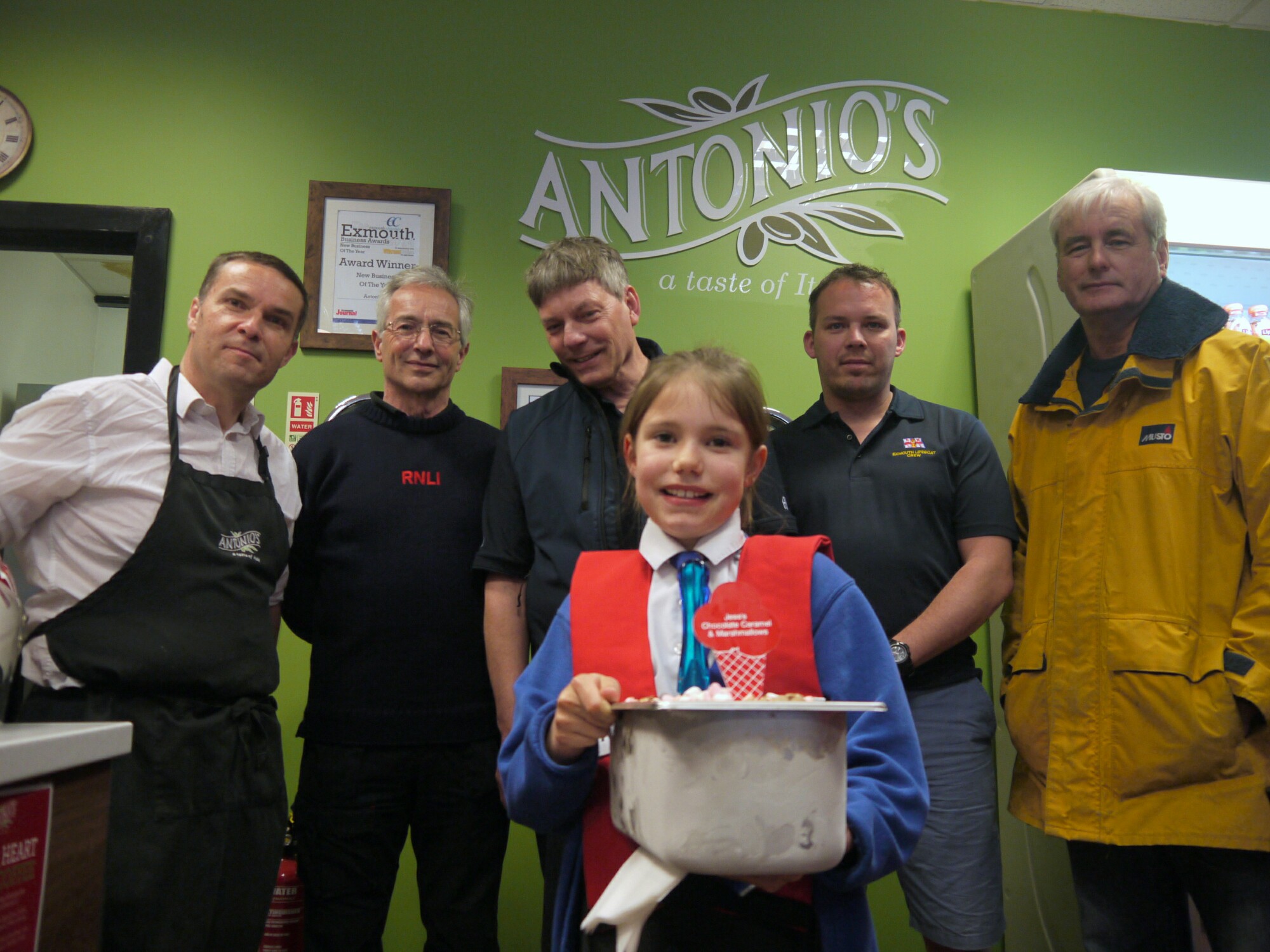 The new flavour went on sale on the afternoon of 31 March and will be available until October. The year four Brixington pupil, Jess was awarded a 5 litre tub of her winning flavour to enjoy with her family. The four other finalists were also be treated to Antonio’s gift vouchers to spend in the café.