Between July 10th and the 14th 1666, and again on October 20th, a fleet of ‘Guinea Ships’ assembled in Torbay. This gathering was to celebrate the foundation of the West Africa Company.

Those ships were on route to West Africa. The owners were an English mercantile, or trading, company set up by the Royal Stuart family and City of London merchants. Originally known as The Company of Royal Adventurers Trading to Africa, its charter was issued in 1660 and gave it a monopoly over English trade along the West coast of Africa. With the help of the army and navy, it established forts on the African coast. While its original objective was the search for gold, in 1663 a new charter was issued – this included the trade in slaves. 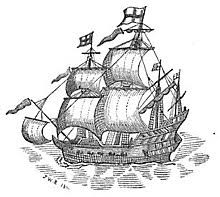 Though the company fell into debt in 1667 and its activities were much reduced, in 1672 the Company re-structured, with a new charter from the King, as was then known as the Royal African Company. Its new charter included the right to set up forts and factories, maintain troops, and exercise martial law in West Africa. These powers facilitated its new focus and by the 1680s the Company was transporting about 5,000 slaves a year to markets primarily in the Caribbean – many were branded with the letters ‘DY’, after its Governor, the Duke of York. 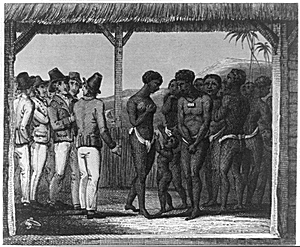 Slaves were normally shipped directly from Africa to the Americas and sold there to satisfy the demand for their labour. The slave ships would return to England laden with raw materials, hopefully making profits with each passage. Very few enslaved Africans came to England and were sold here – Devon’s involvement being mostly in supplying goods to maintain the plantations and with merchants from the county financing the Guinea voyages. 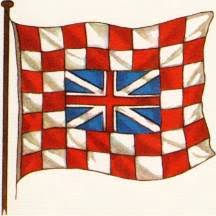 By the end of the 17th century, England led the world in slave trading, and would continue to do so throughout the 18th century. Royal African Company ships sailed from Bristol, Liverpool and London to West Africa. Demand for slaves was too high for one company to meet, however, and the RAC lost its monopoly in 1689. Nevertheless, between 1662 and 1731, the Company had transported approximately 212,000 slaves, of whom 44,000 died en route. The RAC continued to engage in slave trading until 1731, when it switched to dealing in gold and ivory. 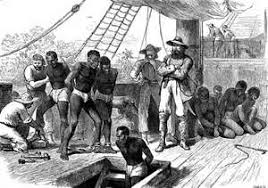 By the time compensation payments were agreed in the 1833 Act of Abolition, much of the involvement in the slave trade had been moved into investment in other parts of the globe. And by that time many of Devon’s great names had already established their fortunes and built their grand houses.

The early involvement of Devon’s families in slave ownership has consequently since been obscured, and the role of the Royal African Company largely forgotten. Indeed, when visiting a National Trust property it’s s worth asking yourself where did the money to build it come from? 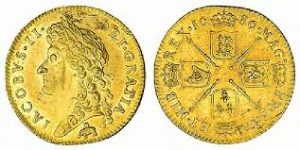 However, there is one reminder. From 1668 to 1722, the Royal African Company provided gold to the English Mint and these coins were designed with an elephant below the bust of the king or queen. That gold also gave the coinage its name – the guinea.