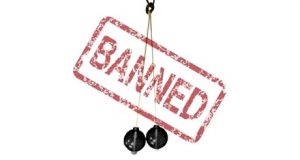 There’s a joke going around at the moment: a young boy opens his Christmas present from his grandfather and is clearly less than enthusiastic about what he has been given. Noticing his disappointment granddad says, “When I was young all I got was an apple and an orange”. This makes the youngster even more upset, “You got both a computer and a phone! Dad said you were a mean old sod!”

What Torbay young folk won’t be getting in their stockings this year is the Klacker, which became a Torquay fad in 1971. Also known as Klik-Klaks, Whackers, Bangers and Knockers, Klackers consisted of two hard plastic balls each linked to a ring with a piece of string. The aim was to swing them so they hit each other and made a noise. For anyone under the age of 40, I assure you I’m not making this up. 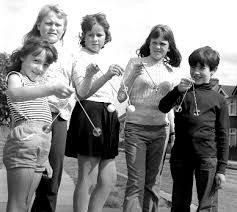 Once set in motion Klackers made an ear-splitting sound, were apparently great fun and were highly addictive. By the early 70s, hundreds of toymakers had sold millions of Klackers around the world. Indeed, they were so popular that they had reached the residents of a small province in northern Italy, Calcinatello (population 12,832), which held an annual competition for Klacker fans. 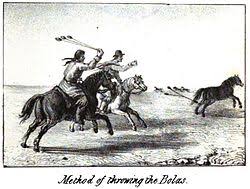 A bit of harmless fun, you may think. However, Klackers were similar in design to boleadoras, the weapon-of-choice for gauchos – Argentinian cowboys (pictured above). As we know, if something resembles a weapon, it will often be used as one in playground violence. And so it wasn’t long before we saw a succession of injured children, some of them hurt intentionally, which prompted many schools to ban Klackers. There was also something of a basic design fault – the ones made of hard acrylic plastic were sometimes known to explode and they caused a number of injuries as they shattered and shrapnel flew off the cord. Other users found that accelerating hard plastic balls could actually break young bones. In response to national consternation, in 1971 the Home Office launched an investigation into whether Klackers should be banned completely. 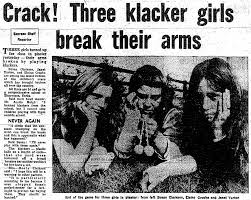 Of course, being at the forefront of youth crazes, Torquay was caught up in the panic that was sweeping the nation. In 1971 the Torquay Times investigated and ran a front page story on the dangers of Klackers to Torquay’s youth.

Not surprisingly, Torquay’s Public Safety Officer Mr Leonard Newman wasn’t a fan of the new toy, “I would earnestly request all parents to discourage their children from using such toys. Various accidents have occurred and they are nothing but a nuisance. By using them, children are creating a disturbance and leaving themselves open to accidents.”

However, in response, one Torquay Klacker manufacturer defended his product and said it was the cheaper type that was dangerous, “Ours is shatterproof and made of tough polystyrene. There are no air bubbles in them. They are completely solid and you can hit them with a hammer. We use nylon cord. You cannot break it with your hands. They are definitely safe.” Presumably this made them an even more effective boleadoras-inspired weapon. 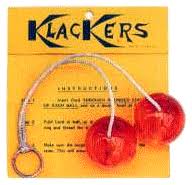 Regardless of the damage a ban would do to local businesses, Klackers were subsequently prohibited in local schools. Mr GC Smith, headmaster of Torquay Boys Grammar School said: “I won’t tolerate them in the building. One 14-year old child has a bandaged wrist because of the bruises caused by these Klackers. I think they are ridiculous things.”

Mr AE Gibson headmaster of Audley Park School (now Torquay Academy) similarly banned Klackers on safety grounds, but also due to the noise they made. The message from these Torquay’s head teachers was clear, “Keep your Klackers at home”.

On the other hand, representing the more liberal and philosophical wing of the local scholastic elite was Mr AF Grist, head of Cuthbert Mayne. “You have to accept a certain amount of risk in your daily life,” he mused.

Yet, just when society was seemingly crumbling, the threat faded and young people moved on to embrace other challenges to law, morality and general good sense. It had suddenly became evident to Klacker fans that there wasn’t much more to do with your Klacker once you had made it… well… Klack. 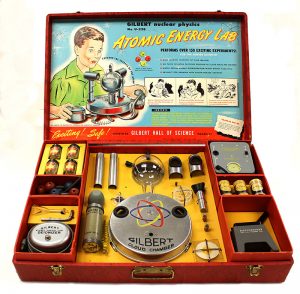 Accordingly, in 1972 the craze ended abruptly. The Home Office stood down and the main Klacker manufacturers, James of England, were forced to make 170 workers redundant and were left with 400,000 Klackers in their warehouses. In America Klackers were officially banned in 1985 and joined the list of the ‘United States 10 Most Dangerous Banned Children’s Toys of All Time’. Incidentally, the winner of this unofficial compendium of dangers to young people was the U-238 Atomic Energy Lab (pictured above), released in 1951 by Albert Gilbert (inventor of the Erector set), which included real radioactive materials.

For anyone interested in the appeal of Klackers, here’s an expert in action… Go on, you know you want one in your stocking this Christmas!