Update: The road has reopened and power has been restored.

The A379 in Shaldon is currently closed both ways due to an accident.

A vehicle has collided with a sub station near Shaldon Bridge. 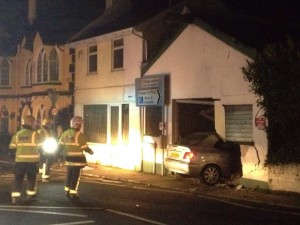 Locals had reported a power cut in the area, it has now been partially restored.

Emergency services are still at the scene and the situation is under control. 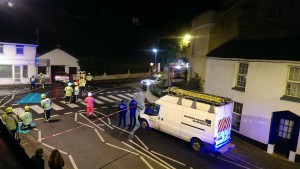 A spokesperson for Devon and Somerset fire & rescue service said:
“The Fire Service were called to reports of a vehicle that had gone into a substation.  Fire control mobilised one appliance from Teignmouth to attend this incident.

“Upon arrival crews confirmed that one vehicle was in collision with a building housing a substation, all electric in the area had been cut off, and Western Power were also in attendance.  Crews confirmed all persons were free and clear of the vehicle.  Crews got to work to make the vehicle safe,”

The driver has been taken to hospital.

Locals have praised emergency services at the scene, stating the incident is being managed well.

Many thanks to Spotted Shaldon for the updates. You can find them on Facebook here: www.facebook.com/spottedshaldon