A Paignton man is in custody following a bank robbery at the weekend in the town centre.

John McKy, 30 from Church Street, Paignton is currently in police custody and awaits a date for his appearance in Magistrates court.

Police were called just before midday on Saturday 19th March following a robbery at the Natwest bank. A small amount of money, in the region of £200 was taken and has since been recovered by the police. 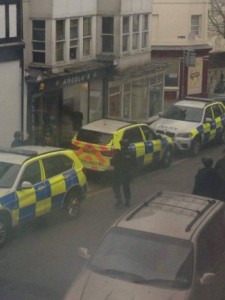 Searches took place in and around Paignton which involved armed police and the police helicopter.