Occombe Beer Festival is more than just a two-day music festival on a farm in South Devon. It’s a vital fundraising event, with an amazing 100% of the event’s profits going to local conservation charity Torbay Coast and Countryside Trust.

The festival takes place on the 3rd and 4th June and will feature a host of live music, a choice of over 60 superb beers and ciders, as well as a feast of food served up by local producers including Grandpa Franks Gourmet Hot Dogs, Tom’s Pies and South Devon Hog Roast. 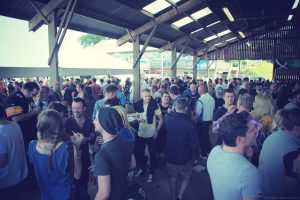 Torbay Coast and Countryside Trust Countryside Manager Chris Lingard said ‘The Beer Festival has grown so much over the years and it’s still a really popular event. A lot of people come to have a great time and that’s brilliant, but we want to remind people that their good times really are doing some good right here in the Bay.  Every ticket sold and every pint purchased means that we can continue to care for places like Cockington Country Park, Berry Head and even Occombe Farm itself.’ 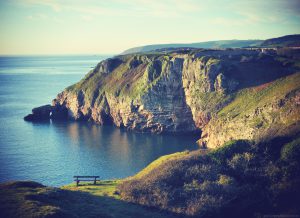 The Trust cares for a staggering 80% of the Bay’s green spaces including miles of coastline, woodland and parks and relies on the generosity of the public to help carry it out its vital conservation work.

Tickets for the Occombe Beer Festival are on sale now and are available online at www.occombebeerfestival.co.uk. You can also buy them directly from Occombe Farm Visitors Centre (open Mon-Fri, 9am – 4:30pm) or by calling 01803 520022.