Stuart Hodgkin, 41, from Newton Abbot has been sentenced to a minimum of 20 years in Prison after being convicted of the murder of Adrian Munday,

Hodgkin was sentenced today after being found guilty by the jury at Exeter Crown Court yesterday. 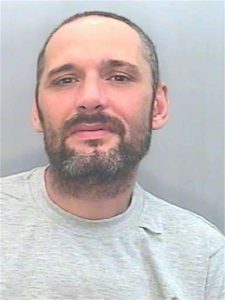 Minimum of 20 years for Hodgkins

Adrian Munday, 51, was found deceased at a property on Wain Lane, Newton Abbot on Tuesday 6 October 2015.

Following the results of a forensic post mortem, police launched a murder investigation.

Stuart Hodgkin was arrested in Hampshire and charged with his murder. He first appeared before Plymouth Magistrates’ Court on 21 October 2015. 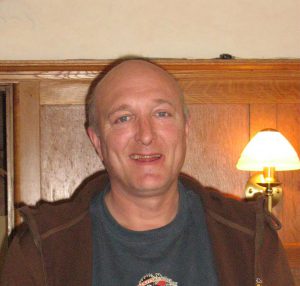 “At this trial, family, friends, and the associates that he used to chat with as he walked through Newton Abbot town centre, have described him as being caring, friendly and kind.

“Adrian was also a vulnerable adult who had suffered a brain injury at birth and who, with the love and support of his friends and family, had started a new life in his own home, until he was targeted by a manipulative criminal, Stuart Hodgkin.

“Hodgkin manipulated Adrian in the weeks prior to his murder. This led to Hodgkin taking over Adrian’s home, stealing his money and disposing of his most prized possessions for his own personal financial gain. When Adrian’s finances had been exhausted, Hodgkin killed Adrian in a savage attack which saw Adrian suffer injuries all over his body including 20 rib fractures, broken toes, and significant head and brain injuries which led to his death.

“Once he realised that he had murdered Adrian, Hodgkin set fire to Adrian in an attempt to destroy evidence, hide his evil crime, and to give him the opportunity to escape from Devon and Cornwall.

“That ‘escape’ was only temporary, and within the first 24 hours of designating him as a suspect, Hodgkin was arrested in Hampshire.

“Despite their trauma Adrian’s family have acted with courage and dignity throughout the police investigation and subsequent trial. Their collective strength is a testament to the memory of their son and brother and I would like to thank them for the support that they have provided to our enquiry team since their tragic loss.

“Now that Hodgkin has been found guilty of this crime we hope Adrian’s family can be satisfied that justice has been done and that they can grieve for Adrian in peace.”