Mike Bungard, Curator of Lower Vertebrates and Invertebrates, said: “We hatched one here in June 2013 – now we’ve done it again. There are no more than 60 individuals of this species in top zoos around the world.”

Paignton Zoo has 5 adult turtles which came from Jersey Zoo. The pair that has bred arrived in 2009, with another four arriving in 2011. Mike: “The turtle we hatched three years ago is still here but it’s a juvenile; they reach sexual maturity around 10 to 12 years. This time two eggs were laid – we artificially incubated both of these in our Reptile Nursery facility.” 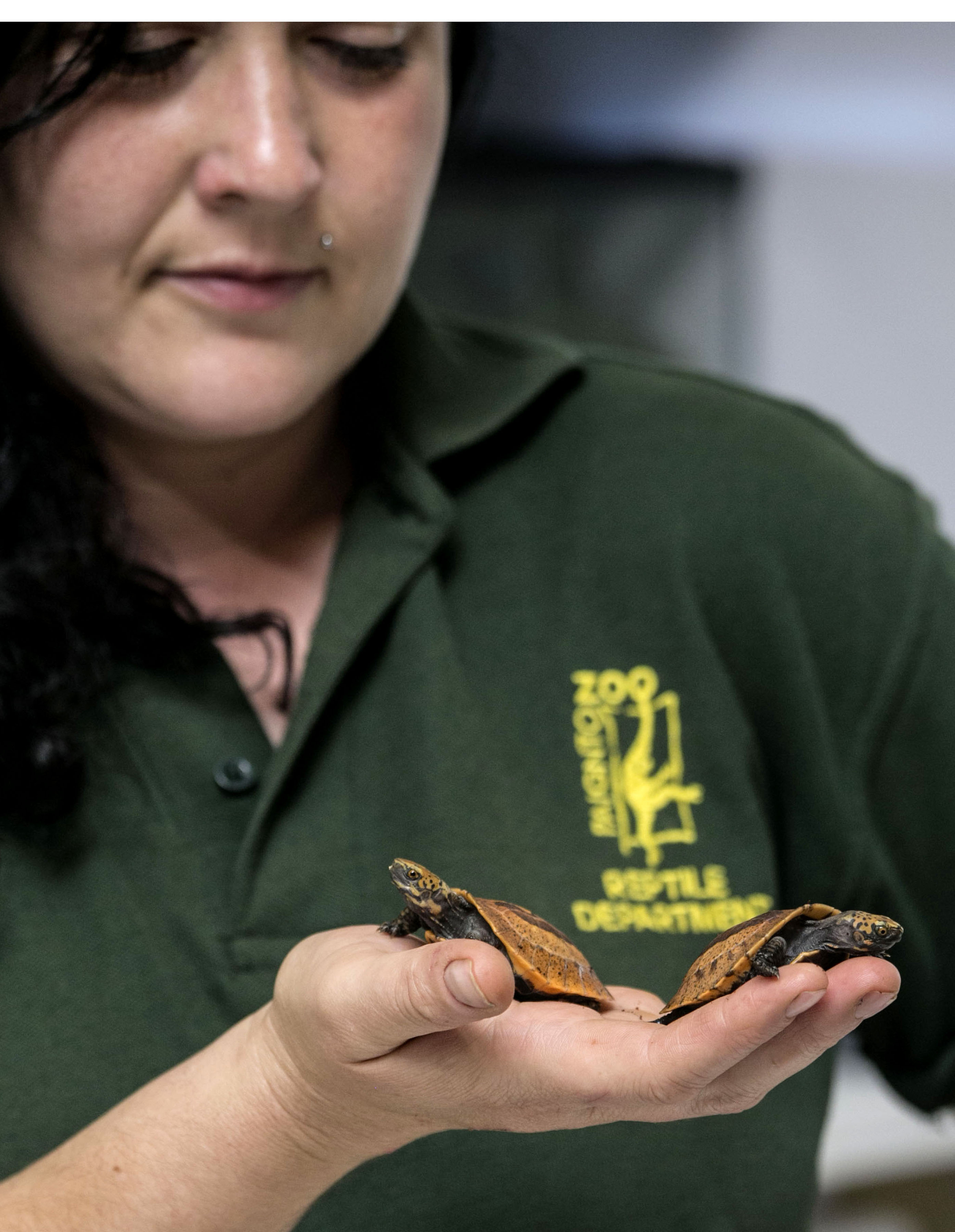 To what does Mike attribute the success? “We have a system of temperatures cycles in Reptile Tropics – cooler periods followed by hot. There is also a good sized enclosure with a significant area of land, which is surprisingly important for a turtle species. The expertise of the keeping team was also critical to the successful hatching of the eggs.”

The Indochinese box turtle, Cuora galbinifrons, is classed as Critically Endangered. Threats include habitat destruction, the pet trade and the demand for turtles as sources of food and medicines, especially in China. The species comes from South East Asia, particularly northern Vietnam and Hainan Island, China. Paignton Zoo Environmental Park is a registered charity. For more information go to www.paigntonzoo.org.uk or ring 0844 474 2222.