Police have announced that the road closures in Exeter City Centre which were put in place during a serious fire are likely to be in place overnight. 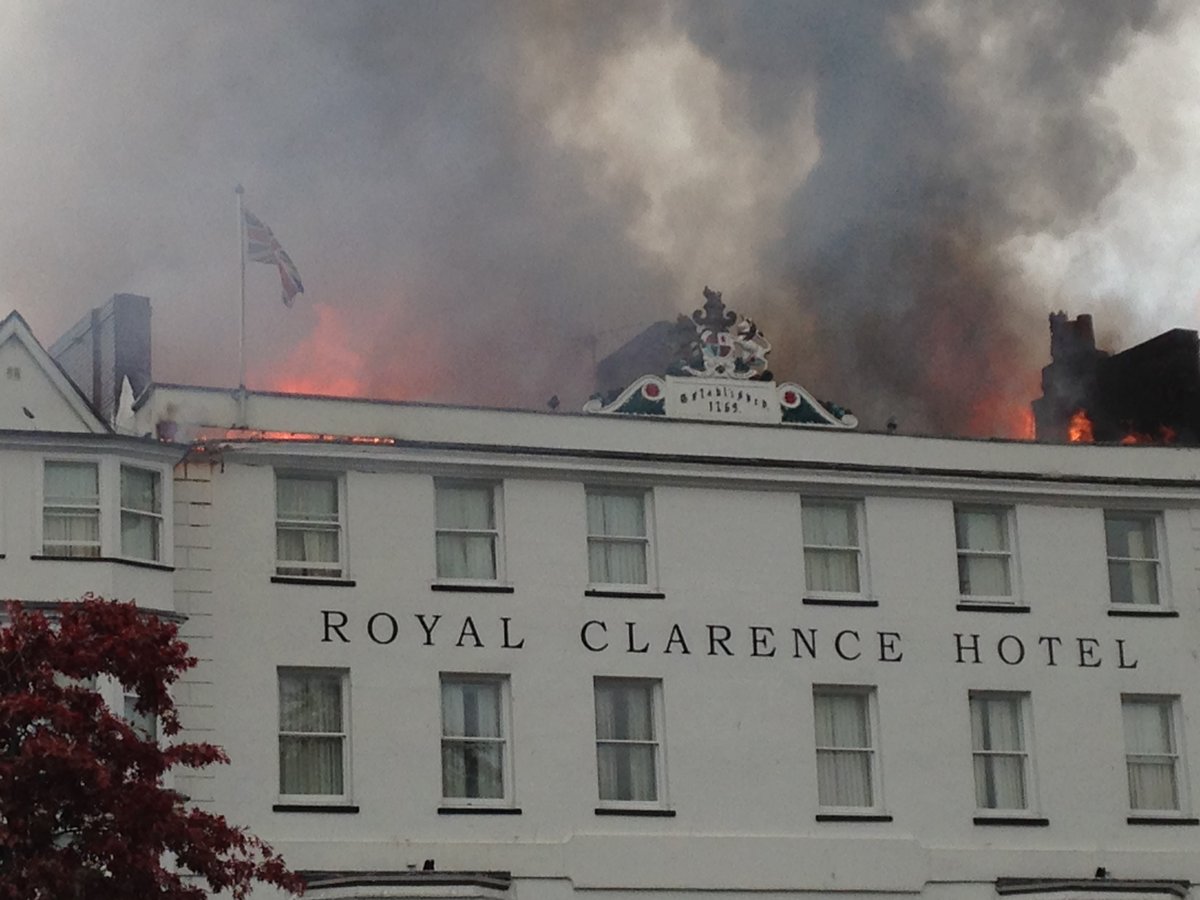 Fire crews remain at the scene of Cathedral Green battling a major blaze that has now spread to the Royal Clarence hotel.

It is thought these closures are likely to remain overnight and there could be distruption to traffic.

Cathedral Green is cordoned off to the public.

It is not known at this time how the fire started. No injuries are reported.