Newton Abbot Police made the appeal on social media today, posting on Facebook:

“Police are looking to identify two people who have stolen a charity box from a Doctors Surgery in Kingsteignton, at 5pm on Friday 28th October 2016.

“The man and a woman in the photo entered the surgery and in front of patients cut the chain off and stole the charity box. They drove away in a white Transit Connect van,” 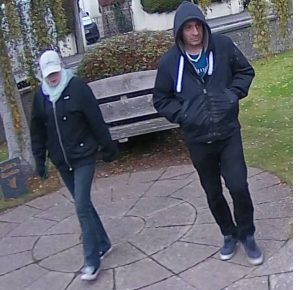 If you have any information or you know who these people are, you can contact Police on 101, email on 101@dc.police.uk quoting CR/76434/16 or call crime stoppers anonymously.